"Fill in a circular hole with a peg that's square," Don't Sit Down 'Cause I've Moved Your Chair by Arctic Monkeys. 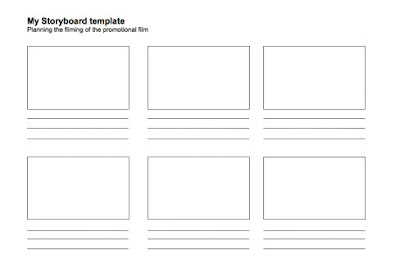 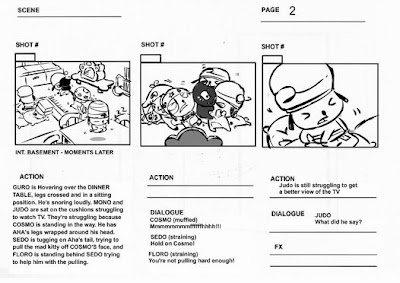 I've been meaning to share this with you guys sooner, but you know how it goes with procrastination and other work. They're always there. But alhamdulillah, I'm writing this now.

In this life, we have all sorts of relationships. For instance, our relationship with God, with His Messenger SAW, with our parents, with our siblings, our relatives, our friends, even our girlfriends/boyfriends (ai, plural nampak? hehe), etc. Some we care about more than others. Some we spend more time with compared to others. Some we are reminded of while we visit certain places.

Those are some examples of the usual names that we have when we hear the word relationship.

But most (if not all) of us also have relationships with objects too. We have relationships with our phone(s), laptop, mp3 player, wallet, bed, camera, the list goes on. Each of these objects receive our attention in one way or another. Some we give more attention to, some less. Some we care about more than others. Each person has their own list, and the hierarchy in that list also differs from one person to another. Some spend more time with their phones than with their laptops. Some spend more time on their bed than on their books.

But let me ask you this. In that hierarchy of valuable objects, where do we put the Quran in our lives?

Miracles (mukjizat, as we call it) were given to all of Allah's Prophets (may Allah be pleased with them), but all of them could only be witnessed by the people who were around the Prophet at the time. Only people who attended that magic duel against Musa a.s. and the Pharoah's wizards were able to witness his staff turn into a huge snake (through Allah's will). Only those who were around Isa a.s. were able to see him make food appear out of nowhere (through Allah's will). 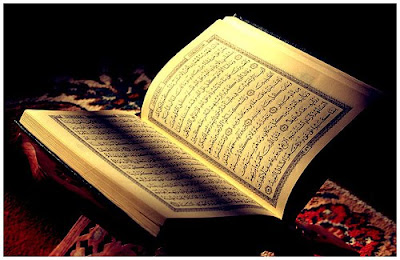 But one miracle stands out from all of them, and that is the Quran. It is the only miracle that is still with us today, even after more than a thousand years after the passing of our Prophet Muhammad SAW. It is the only miracle that the people of a Prophet may be able to witness so that they may feel the magic no matter where they're from or when they were born (as long as it's after the time of the Prophet SAW). Such is the privilege given to Muhammad's SAW people by Allah SWT.

So it's a miracle. So it's the only miracle still in existence. So yeah, it's a big deal.

I ask myself these questions before I ask anyone else. Let us take this opportunity while we have the syaitan in chains during this month of Ramadhan to develop that relationship with the Quran. If we don't have one yet, go buy one, preferably one with translations and read those translations too.

It's too much of a loss to miss out on this miracle. Just too much.

May peace be upon all of you.

Ramadhan A Period of Reassessment?

"O you who have believed, decreed upon you is fasting as it was decreed upon those before you that you may become righteous," al-Baqarah [2:183]
Alhamdulillah, we are again blessed with the Holy month of Ramadhan.
As suggested in my previous video with brother Aiman Azlan, I am pretty stoked about getting another crack at Ramadhan. It's my favourite time of the year, really.
Imagine, a month every year that is reserved for us to reassess ourselves as Muslims, gauge our sincerity and demands us to be honest to ourselves more than any other month.
Why is this month of self-reassessment? I'm guessing that if 10 people answered this questions, we'd have 10 different answers, so I'll give mine.
In the month of Ramadhan, besides the "not being able to eat and drink during the daytime" part, we're urged to (among other things) do charity (monetary or otherwise), hold our anger and read the Quran.
But then, as Muslims, shouldn't we already be doing charity regularly? Shouldn't we be the most charitable people in the world all the time and not just during that one month of the year?
"Indeed, the men who practice charity and the women who practice charity and [they who] have loaned Allah a goodly loan - it will be multiplied for them, and they will have a noble reward." al-Hadid [57:18]
Isn't the promise of a "noble reward" (Paradise) a good enough motivator for us to do charity whenever the chance presents itself? "
But I DO give charity often!" I hear you cry. Well, that's great! Just super! Just make sure to keep it up (and maybe increase in your giving ways) during this holy month, yeah?
Holding our anger is another thing that we're urged to do. But again, Muslims should be the calmest people on the Earth, in my humble opinion. Why? Because we believe in Allah SWT. We believe in Qada' and Qadr. And also because Allah SWT loves those who control their anger, as said in the al-Quran:
“…those who control their anger and are forgiving toward mankind; Allah loves those who do good.” ali-'Imran [3:134]
Even our Prophet Muhammad SAW told us not to get angry, as recorded by Bukhari in his Sahih as saying:
"Don't get angry," and he repeated this several times. [Bukhari]
That's some advice from the very best of mankind, so we should probably heed it. But then I hear you shout the inquiry "But how can we jihad if we're not angry?" And to that I say, go ahead. Be angry. But only if it's for the sake of Allah SWT. If not, don't.
Next, we're urged to read the Quran during this holy month. A lot of people blow the dust off their household Qurans and read it during Ramadhan. Some would start tadarrus groups and strive to complete reading the Quran from cover to cover in 30 days or less.
But then, aren't we supposed to read it as regularly as possible?
"And recite what has been revealed to you of the Book of your Lord. There is no changer of His words, and never will you find in other than Him a refuge." al-Kahf [18:27]
After all, isn't it the ultimate truth?
Ah, but you pout and mumble to the floor "But I already read it every single day!" If so, that's great! Awesome! Keep it up!
As I said earlier, to me, the month of Ramadhan is a month of self-reassessment. Are we really the best Muslims we can be? Or can some parts be improved? I know I definitely can do with a bit of self-fixing. How about you?
May this Ramadhan bring us plenty of rewards and make us better Muslims in the future, insyaAllah.
May peace be upon you.
Cheers!
Author: anak pak man at 12:48 AM 7 comments: