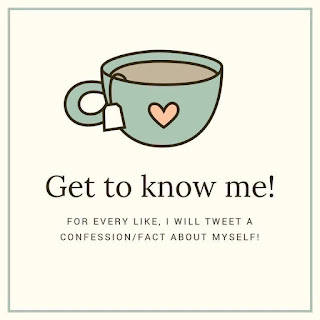 He'd been waiting for an hour at that point. His mother did say when dropping him off that morning that she was going to be late picking him up from school that day. Syed knew it was work-stuff. Stuff grown-ups do. Stuff he didn't have to think about, so he didn't.

But this was the first time his mother was late. He didn't know what he was supposed to do. His friends had all gone back home with their parents. He had hung out with them until then at the corridor, playing tiang and eating nuggets that was sold by the makcik in front of the school. And now he didn't know what to do anymore.

He looked to his right and saw that a classmate of his was sitting there too. A girl. Her name was Joyce. Joyce was reading a book. It looked like an English textbook. Syed's other classmates would call here Joystick to make fun of her. She would shout at them and they would shout at her back. Then she would say the B A B I word and then the boys would report it to the teacher and she would have to apologise.

"Apa tengok, babi?" Joyce asked after she noticed that Syed had been staring at her for too long.

"Kau la babi, LER LER LER!" Syed raised his voice so that he would win the fight, but shifted his gaze to the puddle in front of him. In the puddle he noticed a dead fly. He'd never seen a dead fly before. He knew though, that it was dead, because its legs were facing upwards, and it seemed as if it were taking a nap on the water.

He went down to the puddle to get a closer look. Hunched over as he was, he tried touching the dead fly. It didn't move, so he pulled the fly closer to himself using his index finger. He pinched one of the fly's legs between his index finger and his thumb and lifted it closer to his face.

He could see the fly's two big eyes, its big black butt, it's legs even had some hair on them, and it's wings. At some parts the wings looked like they had no colour, but at other parts they seemed to be colourful, like a rainbow colour reflecting off of it.

He put the fly in his palm and cradled it there, making sure that it didn't fall off. He said out loud, "Woi tengok ni woi!" forgetting that his friends had left him.

Upon realising that he was only there with Joyce, he said "Takde pape!" And stuck out his tongue to Joyce. Joyce responded in kind and continued reading her textbook.

"Ish, kau ni!" Syed started bending his knees to pick the fly back up, but before he could do that, Joyce stepped on the fly while saying "inalilah."

Joyce stuck her tongue out and walked back inside the school gate to go sit at the empty school canteen.
Author: anak pak man at 10:19 PM No comments: