"Give me truth to my conviction," There's No Solution by Sum 41.
Mission: Scout the capital city of Australia, Canberra and report back to home base.
So the team, cleverly disguised as 60 international university students on a visit-while-learn trip to the country's capital city, embarked on the journey at 0700 hours. The two buses that they used further strengthened their facade.
The trip from "their university" took 3-and-a-half hours. Most of the that time was spent by the team to meditate on the mission at hand.
Those who took some time to rest from their meditations took the opportunity to observe the landscape and terrain of the land throughout the journey.

The agents noticed that the land was bare with very few natural resources. Not knowing if this was positive or negative, they kept their feelings about this situation to themselves.
Their first stop in Canberra was the National Museum of Australia. The objective of visiting this particular location was to carry out an extensive research on the history and legacy of the people of the country and to dig up any information about any weaknesses they had that would be useful in future missions.

We had to work very hard in acting like tourists.
The data collected are as follows (click on the pictures to enlarge):

They have a laughing floor on which they like to roll on, and which acts as a leader to them
----

Their surveillance system is far more advanced than ours. They have satellite dishes and everything.
----

They came up with the Pokemon character, Sharpedo: 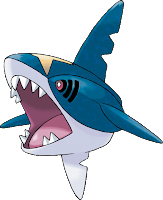 They recruit lizards instead of eating them.
----

Their Toyotas are very much still primitive and look like they contribute a lot to the worldwide greenhouse gas emissions.
----

They are gravely ignorant about their fauna. Take the platypus above for example. They seem to think that it lays eggs.
----
.End of museum data.
The agents then proceeded to scout the Australian House of Parliament, the most key of venues in the whole country. They show their lack of concern towards the safety of their leaders by allowing "tourists" like us to go in and out of the building as we please.

I had to do my share of being a "tourist".
----
The House of Parliament data is as follows:

A picture of the House of Representatives in a sitting. We went on a non-sitting day. Unfortunately.
----

We sat, however. The seats were comfortable enough.
----

Portraits of past speakers. Our mission was made easier.
----

Pinkish area. Apparently the Senate area too.
----
.End of Parliament data.
We left Canberra with a lot of useful data that will be sent to home base. May they be pleased with the data that we have collected.
-------------
This post was meant to be funny. Please laugh.
Love from Australia,

I feel like going there after reading ur reviews about the place u went! I wish I could go there someday. N gudluck for ur life in Australia :)

LOL u just love the hujan sweater don't ya? ;P

You just can't take the hujan shirt aite?lol
These infos are amazing,thanks for sharing,especially for malaysian like me :)
But anwar,
I just can't laugh :(
I don't get what's the funny thing :(

it is not funny so why should i laugh? haha.. oke now it's funny.. nice one!

HAHAHA! poor plantipus..shudnt u b d gud guy n tell him bout the laying eggs part? ;p rofl..err dats how they roll in oz aint it?

somehow, u manage to make me believe it's half real, lol

Awsome Anwar =D Hope that on day i could reach AUS. I would like to see hw they recruit the lizard =p

who want a grilled lizard ? euwwww. NO WAY, MAN !

ohoo i hope can meet that plc

there's one picture of yourself,
the hairs look like Shahz Jaszle's. good work!

what should i say more.. TERBAEEEK!! Hahaha.. filling up my emptiness and also my bored time with laughter from an expert itself..

and also self-motivating though...

and started following you..

i will follow you.. (sorry, no DiGi advertising here.. Hahaha.. )