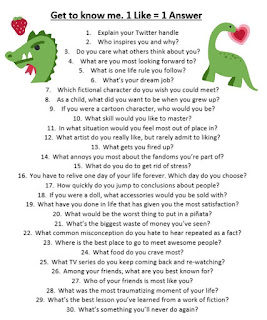 Equally as out of place for me is when everyone else there has work to do but not me. No one gave me a task to do, so I’d just be there looking at people being busy. That’s a weird spot to be in. I just wish somebody would give me something to do so that I don’t stand out as this lazy person who’s only shaking his leg and checking his phone every five seconds. I find myself in this situation a lot when it’s raya korban season and all the Men would be cutting up the cow and I’d be there without a knife, awkwardly just watching all these Manly Men go to work. Sometimes a considerate Aunty would give me something to do, and I’m always thankful for that.

12. I think I’m pretty unapologetic about what I like, in terms of art. But sejak kebelakangan ni there have been revelations about artists doing terrible things, and those are the ones I find tougher to admit to liking. Some examples would be Louis CK and Kevin Spacey. They have done terrible things, and I hope they never do those things again, but I can’t say that I’m no longer a fan of their past works.

13. Every time I see people littering, I get really angry inside. Another thing that can get me on a rant is ignorant people who talk about a thing as if they were the leading authority about it. Oh man do I dislike that.

14. I don’t know that I “belong” in any fandom per se, but I am a fan of certain things that a lot of other people are also a fan of (such as the Arctic Monkeys, Rick & Morty and Dynamic Banter). I guess for the former two, it’s that some people tend to think that just because they are a fan of that certain thing, it makes them better than other people who aren’t fans of that thing. I make Dynamic Banter the exception in this example because I’m pretty confident that people who are fans of that podcast are aware about how weird their taste in podcasts is, so they keep it to themselves and to each other most of the times. But I can’t say that I have met another living breathing fan of the podcast ever, so I don’t really know. This is just based on feel alone.

16. I think it would be the day when I spent the whole day with my wife indoors watching Stranger Things 2. That was a nice day. But of course, too much of a good thing will turn into a bad thing (too much water, you drown. Too much food, you die. Etc), so any good day will turn into a nightmare jugak if I have to relive it everyday (but you know this).

17. Almost immediately, but I am almost immediately ready to be proven wrong as well. I don’t think I can refrain from judging people immediately, because I think that’s just how I am wired. But I try to keep my judgements to myself at all times, unless people ask me about them. If it’s negative, I’d be reluctant to answer.

20. Snakes. Or hamsters. Imagine whacking a piñata as hard as you can, only to find hamsters in it. You just killed a whole bunch of hamsters.

Or bombs that explode when you hit them.

Or your bills for the month.