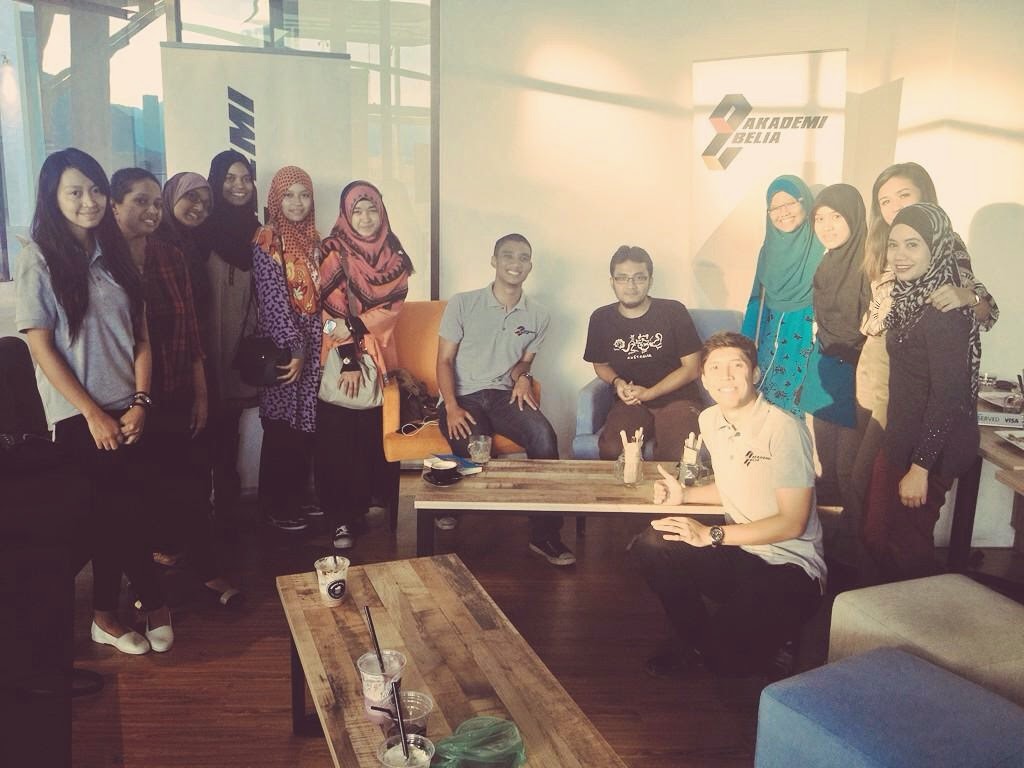 We discussed Aiman Azlan and Ameen Misran’s jointly written book, The Other Side of the Coin. It’s basically a book discussing five main themes: identity, love, self-worth, education and religion.

In total, 14 people were in attendance, including Aiman Azlan, six people from Akademi Belia (which includes myself) and seven other people who cleared their schedule to join us in our discussion. I thank everyone who attended the session.

What was interesting about the meeting was that besides Aiman Azlan and me, everyone who came didn’t read the book prior to coming to the Book Club meeting, and I actually thought that that’d be the worst thing to happen ever, but it turned out to be a fruitful session anyway. Credit to Aiman Azlan for being able to carry the discussion forward even under those circumstances.

It actually got off to a somewhat of a slow start, with the attendees asking questions to Aiman Azlan so they could get Aiman’s perspective on matters that they wanted to hear about. It was basically shaping up much like a Q&A session with Aiman Azlan, which wasn’t a bad thing at all.

But in my view, the meeting picked up pace when people started interjecting with their own perspectives on those matters and started sharing their experience concerning the question that was asked. I admittedly did a lot of that myself, chipping in with my opinions and sharing my experience about what was being talked about. My brothers and sisters from Akademi Belia also chipped in with interesting points of views, and because a teacher friend of mine was also in attendance, her views on education were also sought after.

I like those kinds of free-flowing discussions, where people chip in and share their views and experiences in the what of the moment, open and civil discussions that move on naturally from topic to topic and explore issues that expose all the attendees to many different ways of looking at any issue. I love listening to them and contributing to the discussion when I can.

We ended up overshooting the discussion by an hour (apologies to Aiman Azlan and wife for taking up their time) since we got carried away with the things that we were talking about that evening. Conversations that make you lose track of time are the best though, aren’t they?

I hope to conduct another session next month in or around Kuala Lumpur pulak, and hopefully it’ll be just as enjoyable and thought-provoking.
Author: anak pak man at 10:47 PM