"I don't want it, I just need it," The Comedown by Bring Me The Horizon.

We departed at 6am, not 2am as planned, but we still managed to arrive in KL quite early, about 10.30am. The highway was clear all the way South (the way we were heading) but jammed all the way North. The KL holiday exodus, happens every time.

So straight to IKEA for some hardcore shopping!

But not before some much needed breakfast. 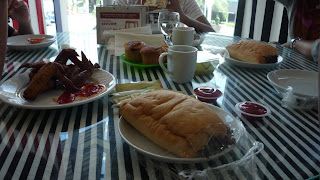 IKEA sure gives you big proportions.

The sandwich alone can stave off hunger until dinner. So yeah, they're big. 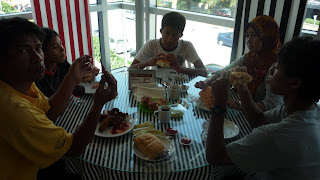 The familia.
Silly thing happened. We ate the sandwiches cold. After a bite, I was wondering, "Are we supposed to be eating these things cold?" We all were.
After we'd finished eating, we found a microwave oven that customers are SUPPOSED to use to heat their food. I slapped my head so hard I had a minor concussion. (Okay, just kidding..) But I sure felt like it. 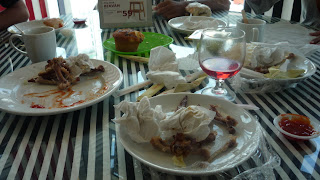 So off to hardcore shopping mode!

Not much to report there. I'll put the pics at the end, coz I want to finish typing first.

Later (several hours later, in fact) we went to Borders where my father was Starbucking while Fakebooking the whole time we were in furniture heaven. I asked my father for two books, (since the 2nd book was half-priced). I got Nicholas Sparks' "The Notebook" (yeah, I haven't read it yet. Got a problem with that??) and a book about Verbal Intelligence. I can't really recall the title at the moment, but it promises to be an interesting read. Who knows? I might be able to speak with the likes of Obama, or maybe even nigahiga after I'm through with that book. (I'm ambitious, so what?)

After acquiring the books, we vroom on over to where we are right now, some Taman Perumahan in Nilai.

I'll update some more when the next opportunity presents itself.

In the meantime, here are those pictures that I promised earlier. 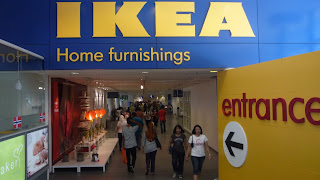 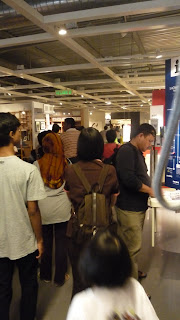 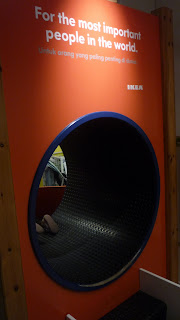 For me and my shadow, obviously.. 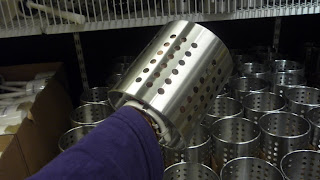 The biggest thimble I have ever seen. Seriously.

most important people = the penguin :DD and other penguins. but they're not people. does that count? haha

1. Lol to the cold sandwiches. My family & I are hardcore IKEA diners too. We'd rush to be there by 9.30am so we could get free coffee. Cheapskate's the family name ;p

2. You'll cry reading The Notebook. I didn't read it, but I watched the movie. And I cried like a baby having period cramps.

3. nigahiga? As in the dude who did the Ninja song? Funny how my bro was jussst showing me his vids 2 nights ago.

nada,
haha, free coffee rulez!
yeah, i heard the movie was a tear-jerker, but i can't get a hold of it until now.. that's why i jumped at the book on sale..hugged it all the way to the cashier, no kiddin'.. haha
u don't know nigahiga? get out from under that rock and into the tube man~