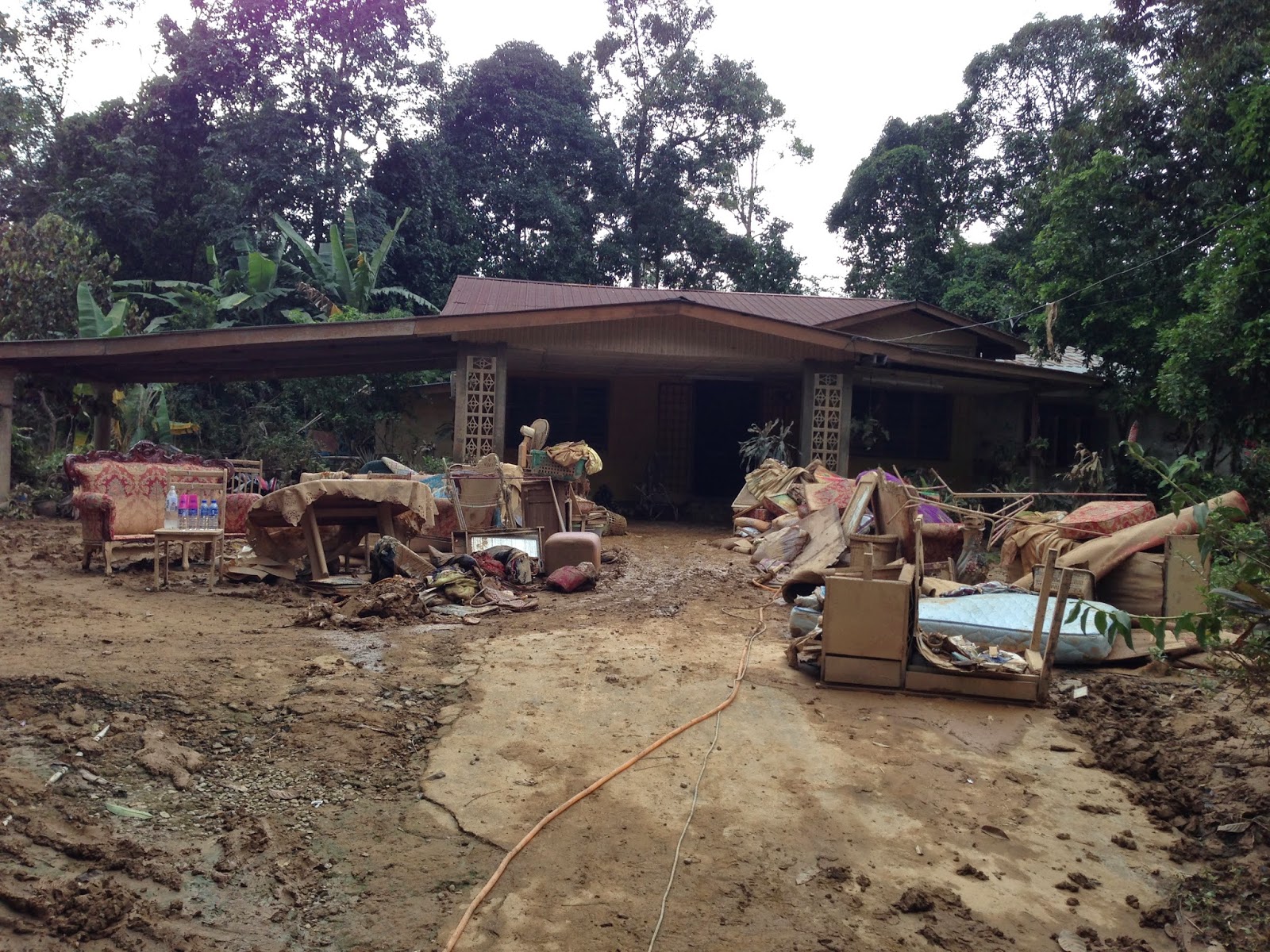 I have some relatives who live in Kuala Krai, Kelantan. As you might have known, the district, alongside a lot of others on the Malaysian East Coast were affected by the worst floods to hit the country in five decades. My family and I were able to go there for three days to help with cleaning up both my grandparents’ and my aunt’s house. They live opposite each other, so both of them were quite affected by the floods.

We spent three whole days trying to clean up two houses, and alhamdulillah, we succeeded in clearing those houses from broken furniture as well as the mud (oh my goodness, the mud) from the houses. 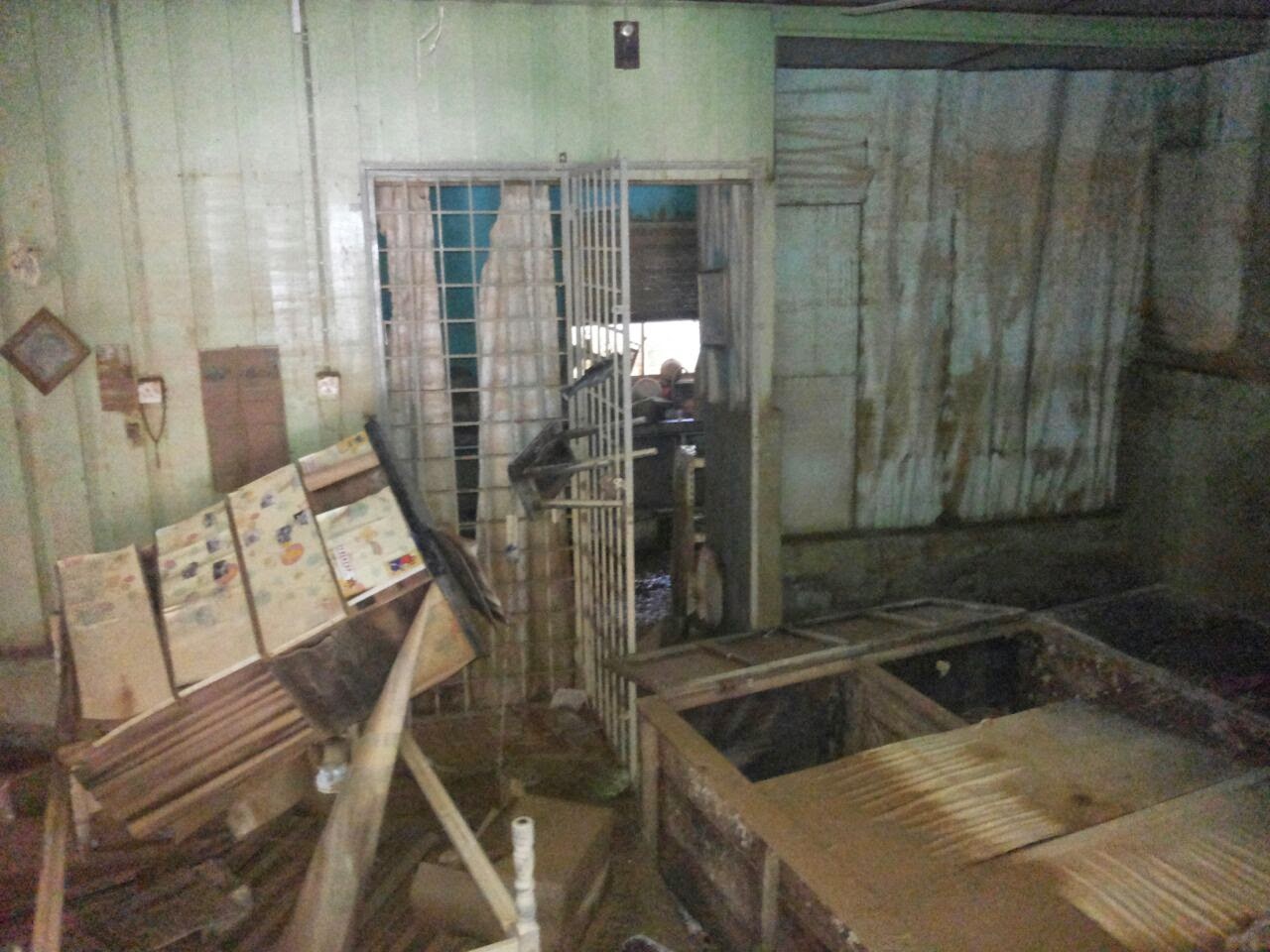 The interior of the houses were in bad shape. You could safely say that 90% of my grandparents’ possessions had to be thrown away. Furniture had to be discarded, because the water had made them soggy, so they broke so very easily. You could say that all of the floors were covered in at least two inches of mud. With broken mirrors and glass scattered around, going in without safety boots was taking a big risk.

The only things that could be salvaged were some gold, cash that were not made of paper, some plates, pots and pans, and that’s basically it. The rest had to be scooped up or carried outside of the house and put into several big piles of junk that will no longer be used anytime soon. Even their cars were swept away by the water.

We went and did what we could. We carried the broken furniture out, scooped mud from the floor, and cleaned the walls. But most of all, I think, our presence there was the most valuable thing we could have given them. Just being there, showing them that we cared, surely put a smile to their faces. I was glad I could be a part of that. 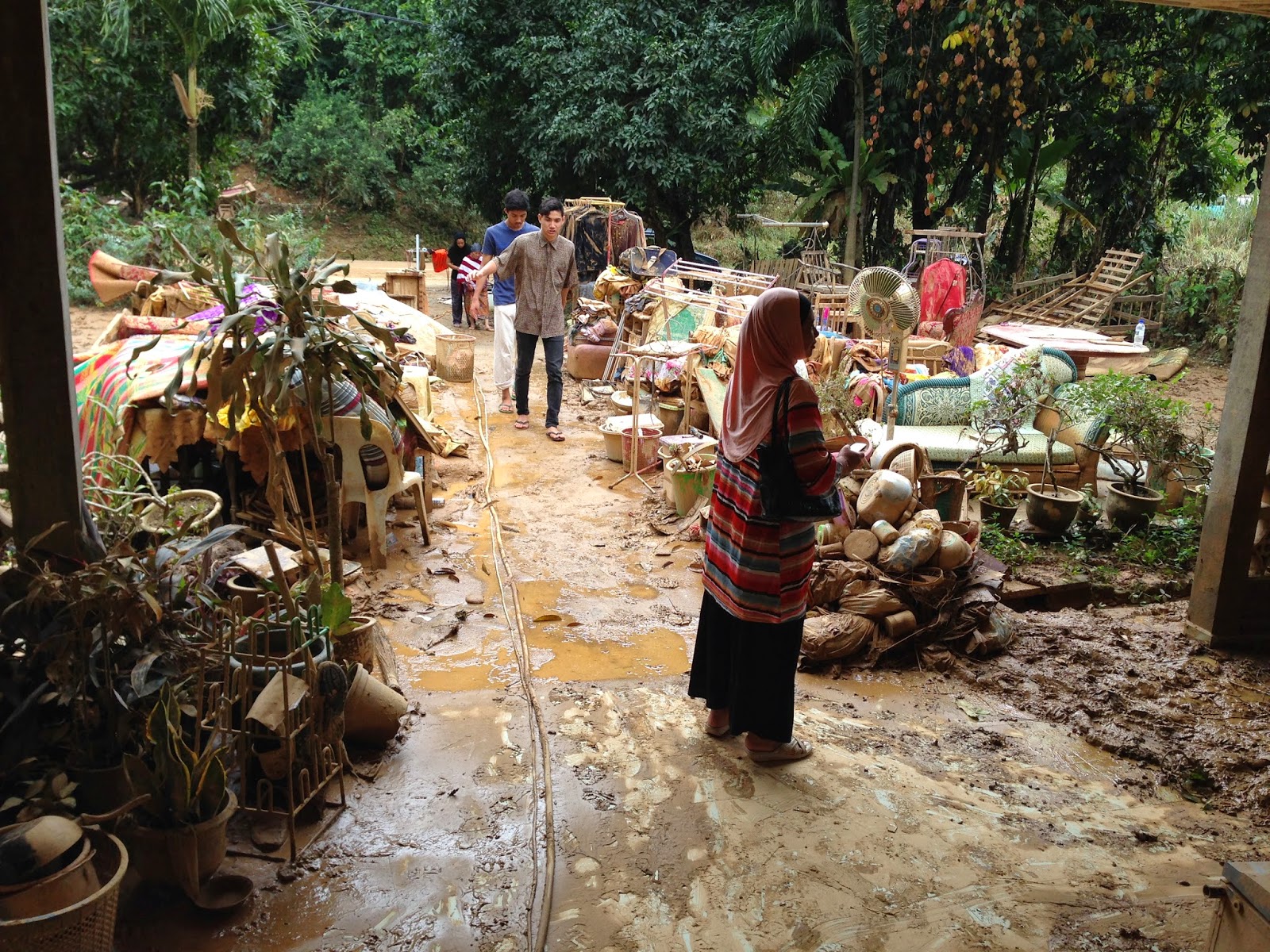 Having said all that, my grandparents and my aunt were actually the lucky ones. At the end of the floods, they still had a place to call their homes, with roofs over their heads. Along the way to my grandparents’ kampung area, we could see houses torn down by the floods, with people having to make do with makeshift shelters by propping up tarps in sticks to cover their heads from the sun and the rain as well as to become their walls for privacy.

At night they had to settle with crowding around candles, whole families just sitting in a circle around a single candle. Of course, help in the form of food that people were giving as charity were in their possession, but one can’t help but think about how they are to get their lives back together in the conditions that fate has left them in.

One wonders how we would cope with that situation, had that hand be dealt our way.

In this piece, I would like to implore anyone who has the time and freedom to, please go over there and help to clean up whatever you can. Most settlements have enough stocked food to last quite a while. What they need now are hands to help with cleaning up the affected areas. And staying over there, sharing some sweat and laughs with them is, in my view, also good for the soul.